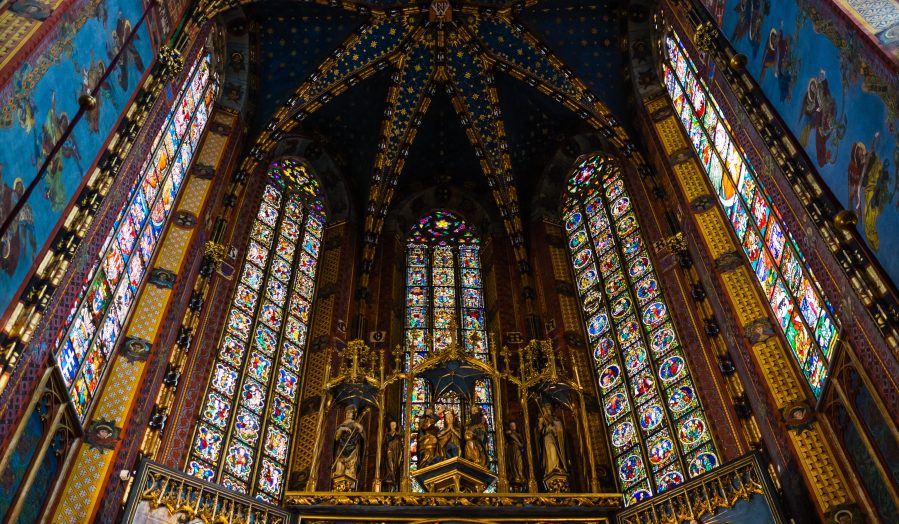 ‘The Church is holy, but it’s made of sinful people’. This is how one of the characters in The Clergy (Kler) describes the institution of the Roman Catholic Church. Moreover, it is one of the main messages that the film’s director Wojciech Smarowski aimed to transmit to viewers, all while putting a special emphasis on paedophilia and church corruption in Poland.

The Clergy, released in September 2018, produced great controversy amidst Poles, most of whom attend mass on a regular basis. A majority of the film was shot in the Czech Republic, as Polish churches refused the use of their premises. Poland’s culture minister Piotr Glinski labelled the film a ‘caricature’, while several Catholic priests and associations called it a ‘shoddy provocation’ and an ‘agitation by a militant atheist’. Despite these critiques (but also thanks to them), The Clergy ‘had the best opening since 1989’, with nearly a million viewers in the first week-end and is considered ‘the most successful movie after the end of communism’.

The separation of church and state, or the lack thereof, in the film is addressed obliquely in various scenes and lines, such as when cardinal Mordowicz says: ‘The head of state must come to the mass’. It must be noted that historically the Polish church has influenced laws on abortion and education and that in 2015, support from the Catholic church helped the Law and Justice Party (PiS) win the parliamentary elections.

The Clergy is reminiscent of its transatlantic counterpart, Spotlight by Tom McCarthy. Spotlight, based on a true story, shows Boston Globe journalists covering paedophilia scandals in the American Church. The protagonists here are the journalists and this ‘spotlight’ was the investigation into church child abuse. Thus, it can be said that Spotlightshares similar subject matters as The Clergy, but not in style and tone. Spotlightwas produced in 2015 and did not hit the box office record in Poland, where only 20,059 viewers attended the premiere. On the contrary, The Clergy was a great success in the country. The reason for this different reception can be explained through the fact that Spotlight told the story of a scandal taking place in the American Catholic Church, while The Clergy focused on the scandals in the Polish Church, in the aftermath of the paedophilia events involving the Cracow dioceses.

A more recent crowdsourced documentary Tell No One (Tylko nie mów nikomu) by investigative journalists Tomasz and Marek Sekielski addressed the responsibilities of the Episcopal Conference in Poland in protecting paedophile priests. Some of them were part of the Solidarity movement and close to former President Lech Walesa. The film was posted on YouTube and received ‘over a million views in the first 5.5 hours’. Given that there are fewer than 40 million Poles, ‘this makes the film an astonishing cultural phenomenon’.

Following the release of Tell No One on 11 May 2019, the Polish government announced changes to the criminal code and rising prison terms for paedophilia up to 30 years. This move represents a direct response to the documentary in which survivors make allegations against their abusers. Because of the links between the current government and the Church, the allegations made, resulted in the ruling party (Law and Justice party) having to clarify its position towards paedophilia crimes. Moreover, on June 11, a Polish Court ordered the Polish Church to hand over paedophilia files.

The reaction of the Polish government in this instance was different to the one of The Clergy’s. Instead of mocking the film and keeping its distance from it, the government took a step toward punishing these crimes. This response can be explained through the nature of the film. Tell No One is a documentary with survivors’ and abusers’ testimonies who confront each other and break the silence over years of abuse and omerta. This is similar to the docu-series Surviving R. Kelly, where following the documentary, prosecutors opened an investigation on the abuses and the allegations made by the survivors.

After the release of Tell No One, film directors, critics and journalists referred to Spotlight to compare the Church scandals taking place in Poland with those told in the famous American film. In fact, the events portrayed in Spotlight are very similar to the ones that interviewees recall in Tell No One. Both films are based on investigative journalism and highlight the difficulties in giving voice to survivors and bringing them out of the shadows. Furthermore, both analyse the involvement of cardinals and bishops in covering the scandals and the people involved in them.

In commenting on Tell No One in a post on Facebook, Professor Dina Iordanova wrote: ‘Continuous sheltering of perpetrators and double standards of justice […] Is it a Polish concern only? Should only Poles be seeing this film?’. Indeed, the themes tackled in these Tell No One and The Clergy are not only a Polish concern. These films are not only related to their country of production, but they show a side of a wider problem which crosses national boundaries and touches the lives of people from both sides of the Atlantic. Films can be a powerful instrument to help survivors to tell their story and push governments to take action. These films, which are increasingly interconnected, represent a platform in which testimonies from all over the world can be heard, shared and result in actual change.