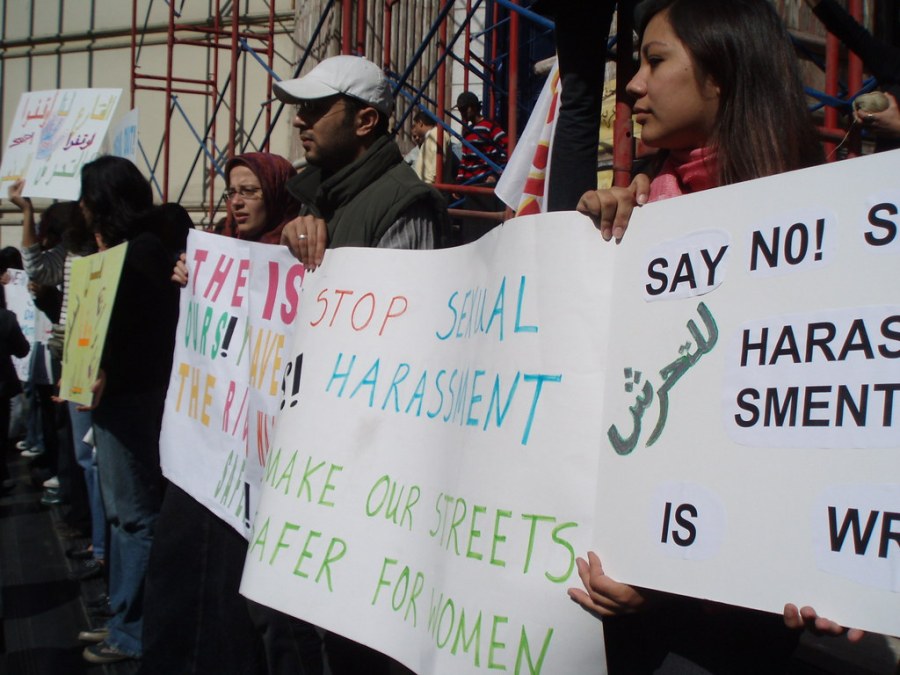 On 1 July, 2020, the Egyptian social media scene was shaken by viral allegations against Ahmed Bassem Zaki, an accused sexual predator now facing legal investigation by the Egyptian Public Prosecution Office. A dedicated Instagram page, @assaultpolice, was created to raise awareness about Zaki’s notorious history of alleged rape, assault, and harassment. This page has achieved more than ‘likes’ and ‘shares’ on social media— metrics commonly dismissed by sceptics as online ‘slacktivism’. Since launching in July, the @assaultpolice page has sought to empower survivors, collect evidence, and offer legal mechanisms to obtain justice in Egypt. The page has already attracted nearly two hundred thousand followers and received over 50 credible allegations against Zaki, including from several women who have agreed to testify against him. Zaki has also been expelled from the EU Business School in Barcelona as a direct result of the allegations made on @assaultpolice.

Beyond these immediate consequences, the @assaultpolice campaign against Zaki has sparked a broader public dialogue about gender-based violence in Egypt. Local celebrities and influencers have begun using their social media accounts to show their support for survivors of sexual assault as well as to share their own stories. Online news outlets with large social media followings have also acted quickly to report on this growing movement. Numerous hashtags have gone viral as a result, including: #مش_نسكت (We will not be silent) and #لا_للتحرش (No to harassment).

In August 2020, another major sexual assault case, known as the ‘Fairmont Incident’, was brought to public attention through Instagram. Activists discovered video evidence of an alleged gang rape incident, which occured at the luxury Cairo Fairmont Nile City Hotel in 2014. The video incriminates several wealthy, young men, some of whom allegedly have a history of filming violent attacks on women. While the Fairmont Incident footage has been withheld to protect the identity of the survivor, the brutality of this crime went viral on Instagram in a series of posts naming and shaming the perpetrators. Following subsequent threats to expose the victim, the hashtags #IAmTheFairmontVictim and #IAmHer in solidarity were used widely to drown out any attempts to reveal their identity. Arrest warrants have since been issued and several of the alleged perpetrators have been extradited after attempting to flee the country.

With the number of Internet users in Egypt skyrocketing from less than 26 per cent in 2011 to 54 per cent in 2020, social media platforms such as Instagram have become a hotbed for social and political discussion. Although Internet access and content are highly regulated in Egypt, dynamic debates on social issues persist. In some cases, online activists have attracted hostile responses from other social media users and have been attacked for speaking out against sexual harassment. One female witness of the Fairmont Incident was arrested after incriminating photos of her were leaked to the authorities as part of a doxxing attack. Bots have purportedly been used to target activists, some of whom claim that they have experienced numerous hacking attempts. Pages designed to share false information about these sexual assault cases have also been created, sophisticatedly copying the visual aesthetics and post styles of the legitimate information pages in order to confuse and misdirect users. Several of these pages have since been removed after being flagged and reported.

Activists and campaigners have long been fighting against the harassment of Egyptian women both in the streets and in private spaces. However, these recent social media campaigns stand apart from previous iterations of the #MeToo movement for several reasons. Firstly, this movement has encouraged men to reflect on their roles in allowing violence to be perpetuated. For example, Shady Noor, son of the former opposition leader, Ayman Nour, used social media to call for men to play a bigger role in identifying and responding to harassment in Egypt. This message has been picked up by many male celebrities, some of whom have used social media to write statuses or create videos showing support for women and calling for change, including filmmaker Amr Salama, musician Marwan Pablo, and musician Marwan Moussa.

In contrast to the  predominantly ‘victim’-focused framing of previous movements, the concept of ‘bystanders’ has been central in these discussions about sexual assault— with arguments that responsibility for preventing violence is broader than just those carrying out the acts. The recent allegations against Zaki as well as those against the perpetrators of the Fairmont Incident have also weakened classist arguments that gender-based violence in Egypt can be attributed to low education levels. Both cases involved individuals from wealthy, educated backgrounds. An understanding of power, entitlement, and toxic masculinity have therefore become an important part of the informative and educative social media posts being created and shared across the online community.

Ultimately, the recent incidents in Egypt have demonstrated both the potential power and risks involved with participating in online social movements. Although the narrative of social media being the ‘catalyst’ of the Arab Spring has largely been discredited, these Instagram campaigns have shown how social media can be effectively mobilised to induce meaningful social change and collective action. Contrary to the sceptics of social media activism who bemoan the passive nature of clicks, likes, and shares, this emerging network of online activists in Egypt is showing signs that it has the momentum and the means to turn digital support into real world change. And while this online space remains a battleground, those fighting against sexual harassment are proving unwilling to bend or relinquish any of their hard-earned ground despite the risks.