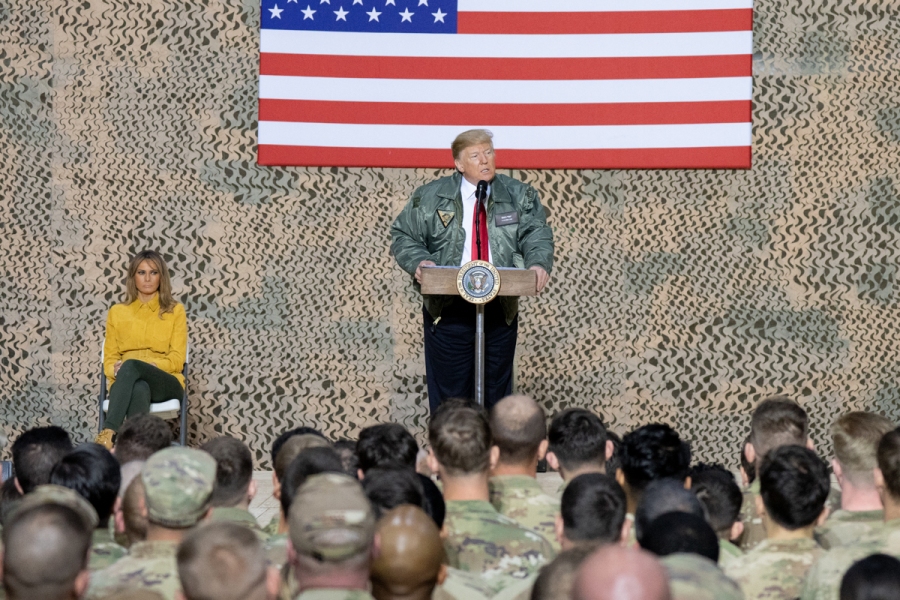 On December 19, 2018, US President Donald Trump announced victory over the most challenging terrorist threat in recent years, through tweeting: ‘We have defeated ISIS in Syria, my only reason for being there during the Trump Presidency’. This proclamation caught institutional and allied actors off guard, and was accompanied by a Trumpian demand of an immediate withdrawal of American military personnel from Syria. Among Trump’s political allies, Senator Lindsey Graham called it a ‘stain on the honour of the United States’, and Democratic adversary Nancy Pelosi called the decision ‘hasty’. Among NATO allies, the United Kingdom (UK) denied that ISIS (also referred to as IS, ISIL and Daesh) was defeated, claiming that ‘much remains to be done and we must not lose sight of the threat they pose’. French President Emmanuel Macron went one step further and scolded Trump by asserting that ‘an ally should be dependable’.

Additionally, in the scholarly community, scepticism abounded over the claim that ISIS had been defeated, and it quickly became the subject of mockery. Charlie Winter, one of the most informed scholars on the Islamic State, noted that ‘in the eight weeks since Trump stated that IS had been “defeated” in Syria, it has claimed 182 separate attacks there, killing and injuring 620 people’; hardly the actions of a ‘defeated’ terrorist movement. This eight week period can be used to further claims about the foreign policy flaws of an unconventional President. Perhaps more interestingly, it also could serve as the starting point for a debate on when terrorism is ‘defeated’, and how international coalition partners with varying domestic interests reach an agreed definition of ‘defeat’.

We can start our engagement with the academic literature on the matter. In looking to understand the ‘defeat’ or end of terrorist campaigns, the ideal starting point is Audrey Cronin’s authoritative How Terrorism Ends. Cronin’s work is among the most important in understanding the conditions in which terrorist groups are defeated. In this influential text, Cronin identifies six pathways that terrorist movements follow away from violence:

With the exception of the fifth option, the commitment (willing or otherwise) of terrorist leadership to a single one of these pathways does not always ensure that the group’s entire membership will agree to a cessation of violence. We can think of the example of militant Irish Republicanism: The Provisional IRA engaged in the political ‘Good Friday’ peace process culminating in 1998. Yet this has not prevented dissident paramilitary violence, such as the recent car bomb in the city of Derry. Although the organisation was ‘defeated’, the ideology lives on, as does the security challenges that can accompany it.

Achieving defeat is almost more difficult when we consider that ISIS rely heavily on lone actors abroad self-attributing their actions to the wider network, to give the impression of an international reach. Popular willingness to accept the actions of an individual as the actions of a wider (ISIS) conspiracy place a low threshold on the energy and activity necessary to keep a terrorist organisation such as this ‘active’. Moreover, this low threshold for international attention makes it easy for a terrorist movement to disprove public declarations that the group has been ‘defeated’.

This challenge of identifying the conditions of terrorist defeat is made exponentially harder in a coalition setting with varying (and often competing) priorities. As debates rage in the UK about the repatriation of individuals who left to join the Islamic State, other countries in the coalition formed to defeat ISIS face different challenges. For local and regional allies, the challenge of defeating the remnants of the group, and the ideology behind it, is ongoing. Highlighting the difficulty in identifying defeat, also serves to highlight the challenge for those involved in counter-terrorism campaigns in understanding when their work is done. Hasty public declarations of defeat may lead the public to expect that the terrorist threat is over. This could lead to a belief that costly counter-terrorism strategies and foreign deployments are no longer necessary.

Understanding how terrorism ends is an important area of study. Cronin’s framework identifies the most common conditions under which terrorist organisations cease activity. Conceptually, however, achieving the total ‘defeat’ of a terrorist organisation requires the type of organisational cohesion lacking from most modern terrorist movements. Achieving the physical defeat of a terrorist group, such as ISIS, and the recapture of territories held, is an entirely different challenge to the defeat of the ideology that continues to inspire individuals across the globe. It is unlikely that rash declarations will hasten that defeat, and political figures should be wary that declaring ‘mission accomplished’ may do more harm than good.