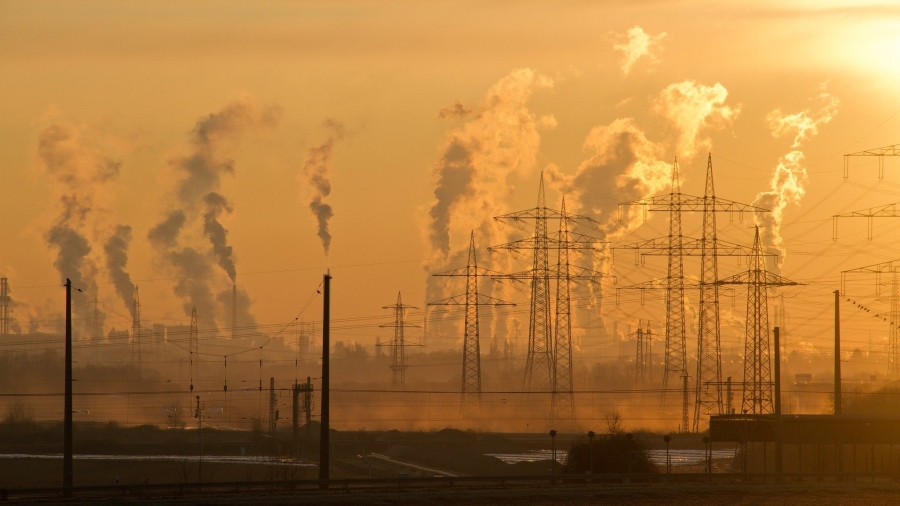 Record breaking temperatures were reported this summer across the globe from Japan to Scandinavia and from Sub-Saharan Africa to North America. Heat waves led to wildfires conquering land beyond national control. As international teams were called upon for support, the environment became a focal point of transatlantic collaboration. This is one, and only one, significant example demonstrating the importance of the transatlantic relationship between regulation and climate change. Building on the perspective that humans, animals and the environment exist within an interconnected ecosystem and are therefore all affected by climate change, this piece draws attention to the transatlantic initiative to combat climate issues.

The international community has recognized the importance of adopting sustainable approaches to environmental concerns. Dating back to 1992, the United Nations Framework Convention on Climate Change (UNFCCC) was negotiated at the Rio Earth Summit and went into full effect in 1994. The objective of the Convention targeted offsetting the negative environmental effects of greenhouse gases. Following this agreement in 1995, the Conference of the Parties (COP) began convening on an annual basis to discuss actionable responses to climate change. As the environmental issues the world faces continue to evolve, the type of language and agreements made have been amended to suit such evolutions.

One of the most recent landmark negotiations, the Paris Agreement, was reached on 6 November 2016, and went into effect after being ratified by 55 countries. The main aim of the agreement is to ‘strengthen the global response to the threat of climate change by keeping global temperature rise this century well below 2°C above pre-industrial levels and to pursue efforts to limit the temperature increase even further to 1.5°C,’ as reported by the UN. There are currently 175 states that have ratified the treaty, those of which with larger economies are expected to provide financial and technological resources to enhance the capacity of all member states to reach the goals outlined in the agreement. Reducing emissions requires a unified effort from global partners as the environment crosses socio-political and economic boundaries. The effort to combat climate change was therefore led with strong initiatives from European and North American member states. Until recently, the United States of America (US) under the Obama Administration, had pledged full support to the Paris Agreement. However under the Trump Administration, the cohesiveness of transatlantic relations regulating the environmental issues is under threat.

Despite international policies and institutions actively protecting the environment, discord remains amongst the world’s leaders on the facts, figures and future. Under the Trump administration, environmental concerns have been regarded as insignificant. Some of the other recent rollbacks  include: consideration to remove securities protecting endangered species and wildlife, changing the standard for reduced car emissions, dropping ‘climate change’ from the Federal Emergency Agency’s (FEMA) strategic plan , removing climate change as a threat to national security,  proposing to cut federal funding for climate change and renewable energy research, censoring the word ‘climate change’, ordering offshore drilling, and other reversals of Obama-era policies protecting the environment. These decisions place the stakes as high as the recent rise in temperature. In August 2017, President Trump announced the USA’s formal withdrawal from the Paris Agreement, which further challenged the international community to reconsider their role in protecting the environment. It is interesting to consider how much influence such decisions have, both politically and environmentally. While these policies reverse the progress of protecting the environment, the US does not necessarily maintain a loud voice influencing further political discourse. The complexity of this issue asks who ‘speaks’ louder in the transatlantic relationship, the US or their European counterparts?

The changing dynamic of environmental policies spanning across transatlantic relations draws attention to the shift in responsibilities. When the US rescinded their commitments, European countries, such as France, Spain, Italy, Belgium and Germany, took giant leaps forward to protect the environment. Many heads of state refused Trump’s offer to renegotiate the terms of the multilateral Agreement and reaffirmed their commitment to upload it. The European Union (EU) stated that it remains committed to ‘fighting climate change at [the] global level through both domestic action and international cooperation’. Pollutants, alternative energy and transportation, sustainable agricultural practices, green city construction and producing less emissions all fall under their umbrella of targeted commitments.

Part of the transatlantic relationship regarding the environment involves socio-political mechanisms to ensure accountability of each state’s commitments to the natural world. The implications may not be material and immediate (e.g. sanctions or war), yet they may still be damaging and long-term. The threat on humanity is significant, and according to the World Health Organization (WHO), ‘between 2030 and 2050, climate change is expected to cause approximately 250,000 additional deaths per year.’ Protecting the environment is a top priority, particularly when one or more countries refuse  to commit resources and policies to international agreements that seek to combat climate change.

Transatlantic relations are notably embedded in this intersubjective relationship of regulatory responsibility. When a party fails to recognize its part in that ecosystem, other states have proven to ensure the stability of our shared nature. To exemplify, French President Emmanuel Macron was quick to award American scientists a grant to relocate to France in order to continue their noteworthy environmental research. Gaining transnational reach, President Macron used the slogan, ‘make our planet great again’, as a spin off of President trump’s presidential campaign, ‘make America great again’. President Macron’s outreach is representative of how European leaders gathered growing support for environmental protections from informal actors, across international borders. Civil society, public opinion, and the media, continue to play an imperative role in realigning the narrative with the US’s transatlantic partners. President Trump may have thrown the Paris Agreement in flames, but European partnerships with North American allies are putting out the fire.

There is a regulatory understanding in transatlantic relations regarding the environment and its importance to global security, economics, health and nature. Beyond political institutions, the global news educates the public with content about sea levels rising, glaciers melting, endangered species being threatened, and an understanding of how our climate is changing. Even with the US ignoring and abandoning environmental agreements, there remains an active dialogue and partnership  fighting to save the species that roam this planet and the nature that provides life. As the climate continues to change and the dialogue continues to persist, we must focus on the relationship between rules, responsibilities and security. This is a starting point in understanding how the environment is regulated through transatlantic collaboration.